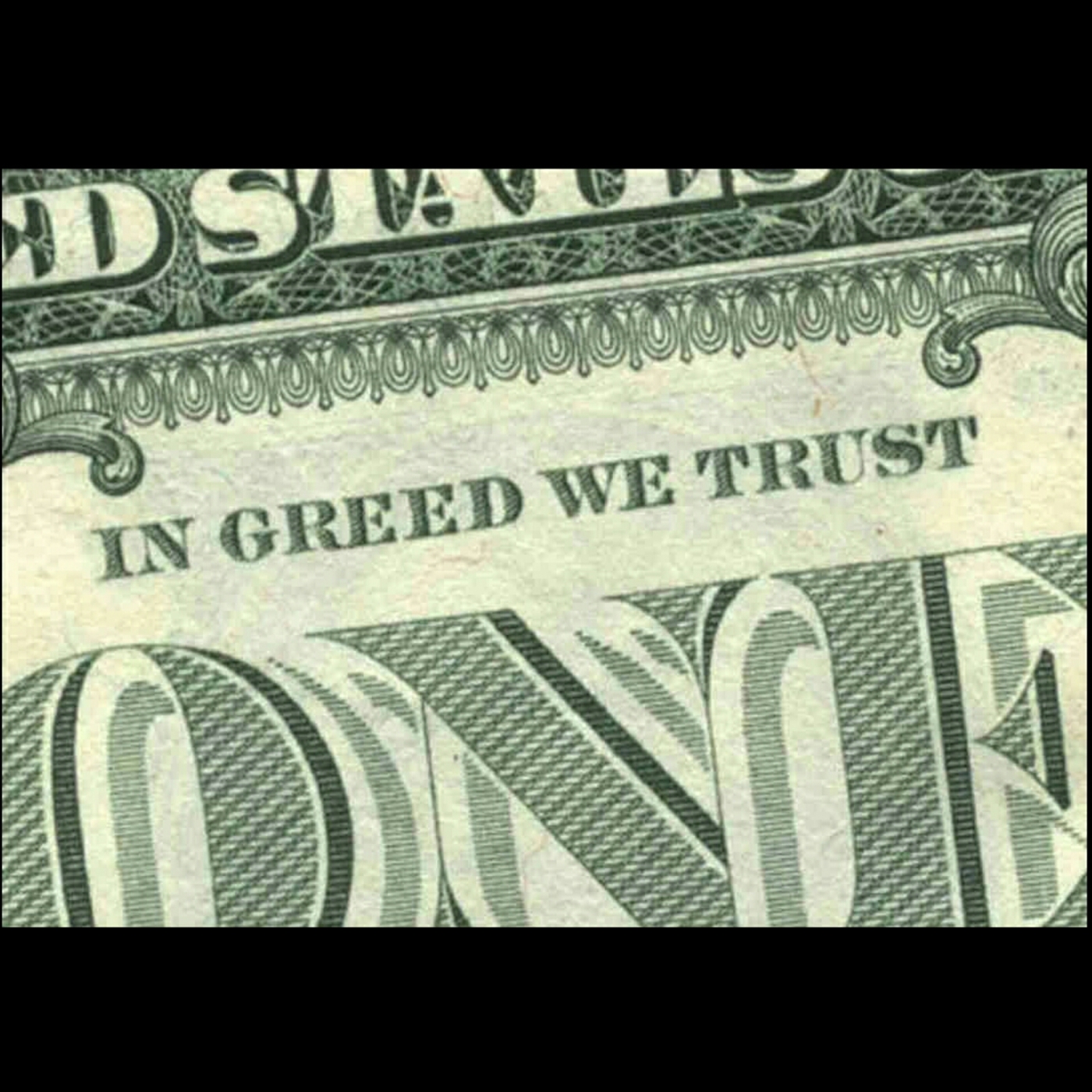 We are sitting with my architect, who is showing us the building plans for my soon-to-be-built 5-bedroom, 6-bathroom 7,000 square-foot vacation house. This home boast a gourmet kitchen with countertops made in France, lace-stenciled marble backsplash made in Italy, custom walnut cabinetry, a 9-burner industrial gas range, a built-in side-by-side refrigerator complete with 2-kegerators to fill with your choice of beverages, a   9- by 5-foot island and a pantry the size of most peoples’ living room. I ask, “So, what do you think?”  You look at me and say exactly what I thought  you would…”Man, this is amazing!!! I can’t wait to come over and see it when it’s all done!! Then you ask me the question that’s really burning a hole in your head…”Man, I know you’re loaded and easily have more than enough cash to make this thing a reality, but humor me, how much does something like this cost?” Well, that’s why I called you to come and sit down with me and my architect….”I would like to know when I can count on you to help fund it, and by help I mean foot the bill…. Oh, and I’m going to charge you and everyone else a small fortune to park here, eat here and use my bathroom. One more thing… I’m going to need (and by need I mean require) you to purchase memorabilia for you and your family every time you come into this house at an astronomical price, without ever expecting any type of discount or promotion. Sounds like a great idea, I know. Hey you can thank me later. Right now, I need you to go out there and make sure you get this money for my house. Now listen…I’m giving you this opportunity to give me the money, because I know you are loyal and really want me to stay here, but-truth-be-told, I don’t want to be here, the kids do. Hey, if this doesn’t happen now, I’ll put my own money into another house in the next state over…matter fact, even if the house here does happen, the kids will be grown in a few years…..What’s a guy like me to do…..

In my humble opinion that’s what it feels like when I hear Billionaire NFL owners ask for a stadium they claim to need. One that they can fund themselves, but want regular citizens to pay for.  This subject takes the shine off of our love affair with sports I know, however this is a very important topic of conversation. In the grand scheme of things; surviving and providing food and shelter is much more important than where your favorite team plays. Keeping your team in town sounds great, but at what cost?

Quick history lesson, I’ve been a Fan of the Raiders since… well forever. Since my existence really. In 1995 the team moved back to my hometown of Oakland, Ca and I was elated to say the least. They Moved to Los Angeles the year I was born, but I knew where they originated, I knew where they belonged. It’seems no secret the once mighty Oakland Raiders and the city of Oakland have been at odds for many years on a new stadium. Mark Davis, who inherited the team from his father, the late Al Davis, wants to relocate the team. Anywhere. All the rumors and talks suggest Davis wants free land from the city of Oakland , and all the proceeds that parking, ticket sales, concession sales, and PSL’s provide. However with his latest flirtation with Las Vegas, Davis is willing to relocate the team, pledge $500 million of his own money and hope to become a NFL tycoon. Like many fans of this storied franchise we want the team to stay put, and have this matter resolved, and that seems so simple on the surface. Conventional wisdom says, a rich man and a city that has three professional teams should just draft up plans, and wallah! A new shinny facility for fans, the team, the owner and city can be proud of.  Not even close to being the case.

The Facts and Nothing but the Facts

The city of Oakland is still paying back nearly $80 million in bonds, from stadium renovations that took place in 1995– and won’t be done paying until 2026. Mark Davis Wants a $900 million stadium, that he said he would put up $500 million of his own money up, and the public needs to come up with the remaining $400 million. Then Mark Davis changed his tune and toned it down to $300 million because the NFL offered up $300M; $100 more than previously offered. One can ask if Mark Davis can offer to put up $300 million of his own money (he’s  worth $500 million), the NFL will contribute another $300M, then why can’t Davis utilize one of 20-plus fortune 500 compinies in the Bay Area? Surely he can negotiate naming rights, or advertisement,  or even sale luxury boxes. Why does he need money for something that would be used  8 times a year, when this city has so many needs and should be used to fix infrastructure, public saftey, and schools among other things. You’re a wealthy man (compared to the population), I’m sure you can get this done without us.

Owners wants new stadiums to make more money and increase the value of the franchise, thus increasing their own personal net worth. In the past 20 years the United States has built 101 new sports facilities, costing billions of the publics money. With Studies showing these stadiums/arenas don’t provide the jobs, or provide the economic boost to any given city as promised, the question begs why are we providing funding for the wealthy? So they can provide entertainment for us in a venue we payed for? With team success the owners are the ones who’s net worth increases, not ours–and certainly not our cities.

I’ll be the first to admit, my emotions were and to some extent, still are intertwined into teams I grew up rooting for. Difference is, these days I can take a step back and look Bullshit in the face and call it out. There was a time, not long ago when I would have done anything to keep the Raiders here in Oakland. No, there will never be discounted tickets in exchange for loyalty, there will never be a system in place to park free after so many games attended. The fans get nothing back from a team you spend hard earned dollars on other than, hope. My favorite four letter word. Hope will bring you high it’ll take you low, yes hope will have you begging a fucking wealthy, mini van driving, bad hair cut having owner, to keep your favorite team in the city you love:

Watch all the emotion on display. While Mark Davis eats it all up. You know what a rich man lives more than money? People making him feel wanted. Groveling. I say you take a step back, look at the big picture of life,  and make him and the NFL pay for it or let them walk.  Real fans are being priced out anyway.  Watch from home like I do. No traffic afterwards.

Not sure if you heard,  but rent in Oakland has jumped, tremendously.  The Town that only natives once loved, has become the new “it” place for hipsters and people trying to escape the $4500 a month rent in San Francisco. Problem is they’ve drove the rent up to $2700 a month in Oakland. Citizens who work blue collar jobs, or live below poverty level are too busy surviving or providing the basics to pay $40 for parking on top of the already pricey ticket cost. Jobs that pay decently aren’t abundant as it is, and the jobs pro sports teams do provide for regular people are low skilled,  thus low paying. So when all the hoopla about how many jobs this new stadium will provide think of this:  An NFL team plays at home 8 times a year. So these jobs serving beer and nachos to rowdy people who are wearing another man’s last name on their back, are only paying $8 an hour. Maybe $9. And they may work 3-5 hours on a particular Sunday. In the NBA they’ll work 48 days. You do the math. The economic boost? Where? Maybe to a couple bars around or near the stadium. Maybe. People are staying home these days. Which is a lot cheaper option. It’s amazing to think about how many city governments, who have people in need, give wealthy people what they want, in the name of votes. Oh but the economic growth? What growth?