Remember when collecting Kool Aid points was a thing. Send in 500 and you would get an official Kool Aid Mug. Well this one changed colors and was one of my all time favorites. (Orange, Black Cherry, and Purplesaurus Rex just missed the list)

Now this snack right here indicated that you had just went grocery shopping. It would not last a day in our household. My favorite Oatmeal Swirler was the cherry one.

These came out in the mid 90s and they were the bomb. Especially if you put them in ice cream. Too bad they were discontinued.  Ahhhh that cookie crunch. 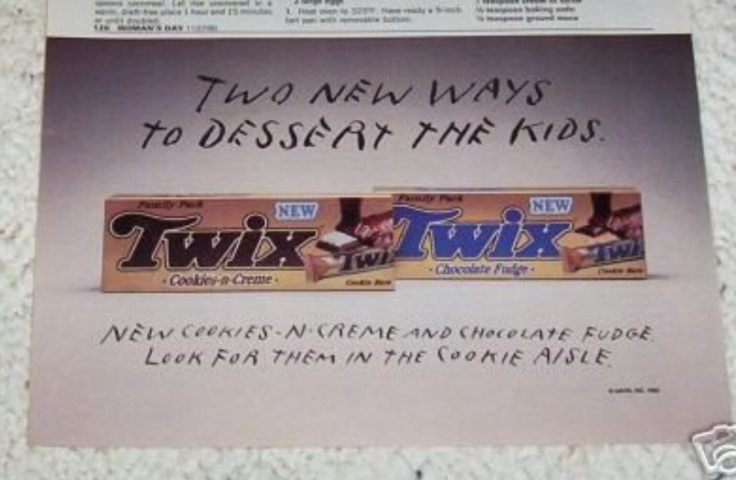 I hated when they discontinued these. I just don’t understand how the Peanut butter twix got more shine than these.

Waffle Crisp actually tastes like waffles with syrup. I remember going to a friend’s house and eating the whole box. His mom’s was actually happy because they didn’t like the cereal.

Yes in the hood they would sell the giant Now and Laters for 5 cents a piece. They were the bomb. These are the smaller version. The only bad thing I hate about Now and Laters were when the melted just a Lil bit and trying to unwrap them was tricky.

Not the new ones. These were delicious and it sucked when they changed the formula. They took all the sweet stuff out and now the new ones get soggy really fast.

These would scream. The tasted like cool ranch, with Monterey Jack Cheese. My greedy ass would go to 7-11 and put the Nachos Cheese sauce on them

Now these, heated up for 10 seconds in the microwave, with some milk is the shit. Had that glazed center.

These were my favorite because they meant that food stamps had came and we were going shopping. Imagine  having some Fudge Stix with some shaved brittle wafers. These were a little bit more expensive than the Fudge sticks but they were on point. I miss these. Why is mothers cookies so damn hard headed? I wrote them 3 times, demanding these to come back.

Well those are mine. What are yours? Enjoy

2 thoughts on “My glutinous snacks that I miss from the past.”