I’ve addressed this in the past and I have some new information to provide to you guys. I just read in the San Francisco Chronicle a disturbing fact about how black defendants are being misrepresented in not only the courtroom but in the jury selection process.(click the link above) In a consolidated city-state and sanctuary city such as San Francisco, I find it very disturbing that the city will fight tooth and nail for crimes that illegal immigrants do, but not for African Americans. We wonder why the city’s black populous is declining. City leaders such as Mayor Ed Lee has played dumb too many times when focusing on African American issues.Saying things like “We need to address these issues!” Hmmmmmm. Doesn’t take a genius to figure this one out, Ed. I flat out said that gentrification is too blame but in a city that is dominated by Whites and Asians, one black man’s voice will not do the job unless you have celebrity status. Especially since the same people who are now new to the city, works at places that have less than a 5% black employment. http://rollingout.com/2016/05/04/jesse-jackson-fights-end-discrimination-blacks-silicon-valley/.
This is why I am stubborn when it comes to black celebrities who say that they are down for things. *cough Colin Kaepernick cough* We as black people in San Francisco are being pushed out, and we are not being hired nor promoted in white collar careers. The only jobs you see us at here in San Francisco are skilled labor jobs such, as Driving a bus, working at the port, or working for the city in the DPW (Department of Public Works), Uber/Lyft, Retail, or being a delivery driver. Our children who attend the SFUSD (San Francisco Unified School District) make up just 8% of the public school populous and are recused certain programs such as a second language http://www.sfexaminer.com/sf-school-language-programs-shut-black-students/ (click link) 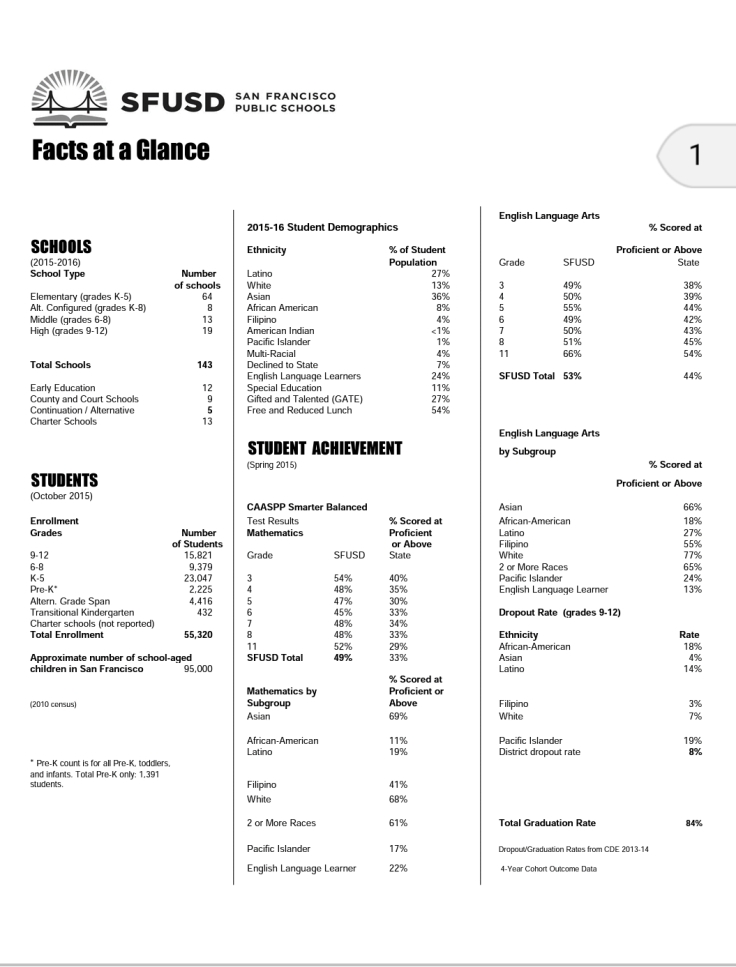 Out of the 5% Blacks that are in this city, (estimated 30,000-32,000) more than 42% live below San Francisco’s standards of the poverty rate. More than a 12% unemployment within the black community, in a city whose unemployment rate is under 3.2%. Blacks are 8 times more likely to be arrested than any other race in San Francisco and out of the 32,000 black folks that live here, about 6,000 have a police record in the San Francisco database. Now I ask you, the reader, you still want to come here? Do you want to give your money to a city that does not want the same people who helped built this city? When Dave Chappelle, Beyonce, Drake, Lil Wayne, Rihanna, etc come to town, how many black fans do you think is in attendance? Please meet me in the comment section, I would love to hear your thoughts, comments, concerns about this matter.

2 thoughts on “The Great Black out of San Francisco part #2: What about us?? ”